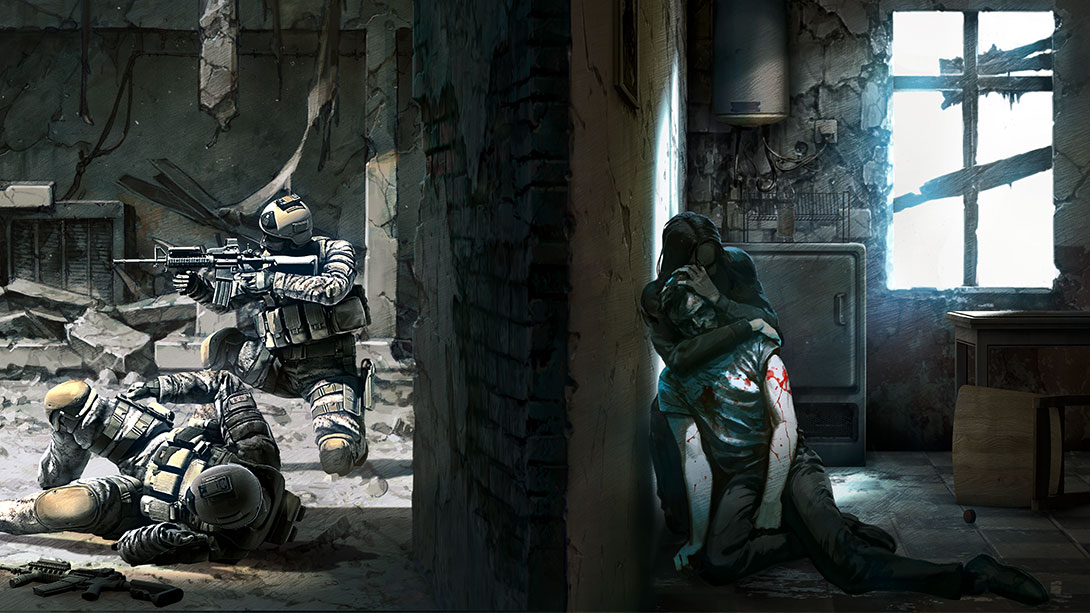 11 bit studios and Deep Silver continue their cooperation for This War of Mine coming to Nintendo Switch™.

‘This War of Mine’, an anti-war survival game that gives insight into the heavy burden that survivors must carry during times of war, has continuously been expanded with new stories, scenarios, further civilians, and additional locations since its launch in 2014.

Thanks to massive community support, the developers were able to broaden the game with the story-driven DLC, “Father’s Promise”. To address one key element that had been missing from gameplay, 11 bit studios included children as playable civilians in another DLC, “The Little Ones.” Rounding out the downloadable content available for the already expanded game, the “War Child” DLC was added that, to this day, continues to raise funds for the UK based charity of the same name which focuses their efforts on helping kids living in war zones.

On November 27, all the above DLC will be available in “This War of Mine Complete Edition” developed exclusively for the Nintendo Switch console.

Struggling with a lack of food, medicine, and under constant danger from hostile scavengers and snipers, This War Of Mine: Complete Edition is an experience where you don’t play as an elite soldier, instead, players will take on the role of a group of civilians trying to survive in a besieged city. Experience war as seen from an entirely new angle. The game’s pacing is restricted by a day and night cycle — During the day snipers will stop you from leaving your refuge, requiring players to focus on hideout maintenance: craft, trade, and take care of your survivors. At night, choose one of your civilians to be sent out on a mission to scavenge through a set of unique locations for items that will help the group stay alive.

Make life-and-death decisions driven by your conscience. Players must try to protect their civilians, or instead sacrifice individuals for the good of the group. During war, there are no right or wrong decisions; there is only survival.

This War of Mine: Complete Edition includes “The Little Ones” DLC, “Father’s Promise” DLC, all expansions that have been released, and will include all future DLC for free.